The Treasury should engage in joint Tif projects with councils, writes an economist working in infrastructure consulting.

The recent opening of the London Underground’s Northern Line extension to Battersea has brought discussions around tax increment funding (Tif) back into the limelight. 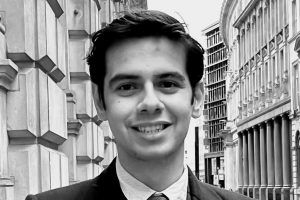 The Tif is a financing mechanism that allows public expenditure supported by the future growth of tax revenues. As a form of land value capture, it uses tax increases on property taxes/business rates that could be used to pay for public investments that have localized benefits. In terms of public finances, this appears to be a more equitable, just and prudent policy because those who benefit from the infrastructure pay a premium.

In the case of the Northern Line extension, Tif helped regenerate a neglected part of the city without burdening the taxpayer. In addition, apart from traditional financing, the Greater London Authority was able to obtain financing from the European Investment Bank at cheap rates, thus reducing the cost of debt.

As well as providing transport services to residents, the extension has attracted many businesses and businesses to Battersea. The area is now home to the US Embassy, ​​the UK’s only aerial swimming pool and a host of high-end property developments. The project also continues to create jobs and affordable housing, creating a vibrant mixed-use community for all.

Although the Tif can be a cheap way to finance urban infrastructure, it is not a miracle solution. It should only be used in limited cases where new development taxes can bear the cost. It is most likely to succeed in the dynamic property markets of major city centres, particularly those awaiting new commercial and residential developments with investments such as HS2, Northern Power Rail or local transport networks.

Within these cities, Tif can provide capital for regeneration projects, thus strengthening the competitiveness of city centers. For example, Glasgow’s £80m Tif for the Buchanan district is expected to unlock £310m of private investment and create 1,500 jobs.

Likewise, councils expecting significant new development through investment should explore Tif to support enabling infrastructure that can make these locations more attractive to businesses and developers. This would help level the government’s program by boosting employment in central areas of cities outside of London.

For its part, the Treasury should engage in joint Tif projects with the municipalities. It should set out clearly defined borrowing rules under which TIF schemes can operate. By being tied to a future revenue stream, Tif programs are inherently less risky than general municipal borrowing.

The Treasury should also define minimum requirements, carefully considering cases that meet strict economic and commercial proposals. He could take over as head of the Scottish Futures Trust, which is currently running four TIF projects totaling £187m across Scotland. In addition, it should also consider including other property taxes such as stamp duty to fund TIF schemes that can appropriately capture the benefits of targeted investments.

Britain’s foray into funding tax increases could bring a windfall of benefits. In times of austerity, this could create fiscal space for market-backed projects in major cities, freeing up capital to invest in cities and rural communities, and projects like net zero.

Second, it would allow for significant decentralization of budgetary and governance powers. Half-hearted devolution where the central government continues to control the purse strings of local communities is a short-term bandage for a chronic problem. Britain is the most centralized country in the Organization for Economic Co-operation and Development.

The central government points to a lack of capacity at the local level and is concerned about the wider impact on state finances of the fallout from project funding. While these concerns are legitimate, the Tif can help break the self-perpetuating cycle of lack of decentralization and local capacity to deliver when implemented within the framework of well-defined prudential borrowing rules. Without decentralization, councils have no incentive to invest in such capacity.

As a less risky form of urban financing, the Tif can be a starting point to break this cycle. It can be a gateway to fiscal decentralization, helping to strengthen the capacity of local authorities to manage their own finances.